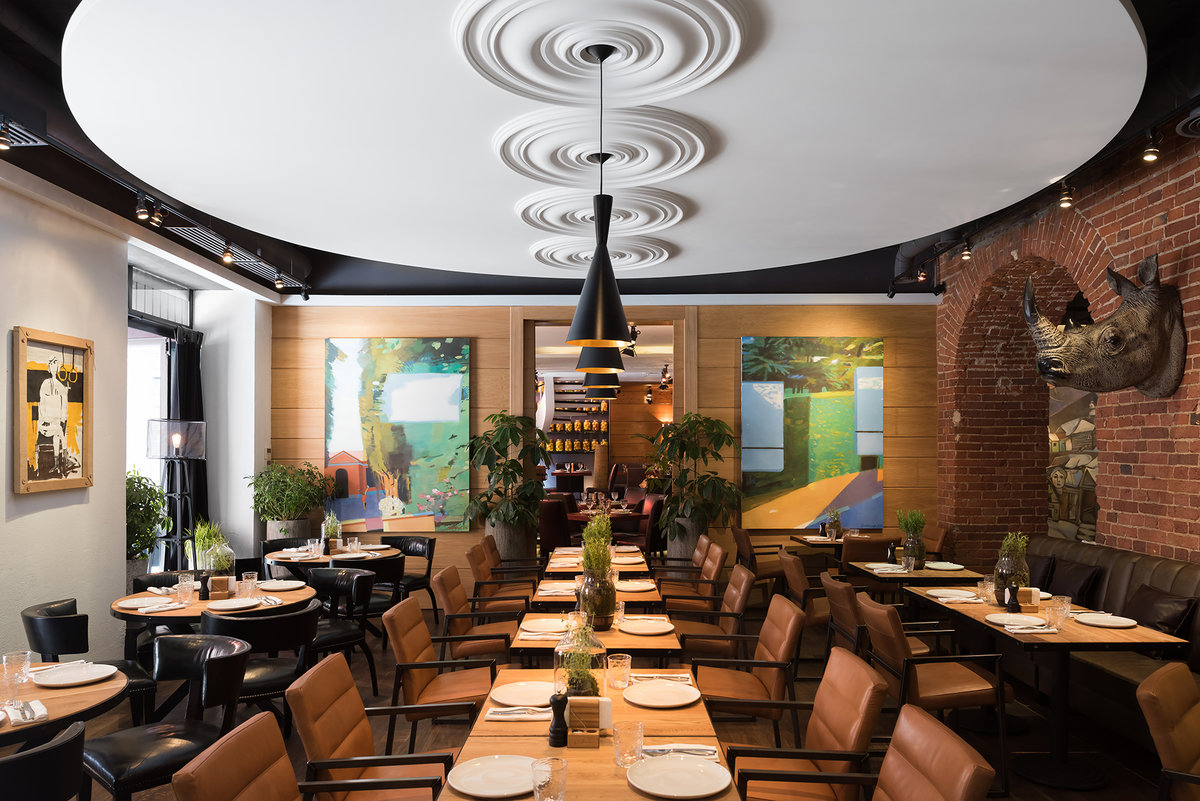 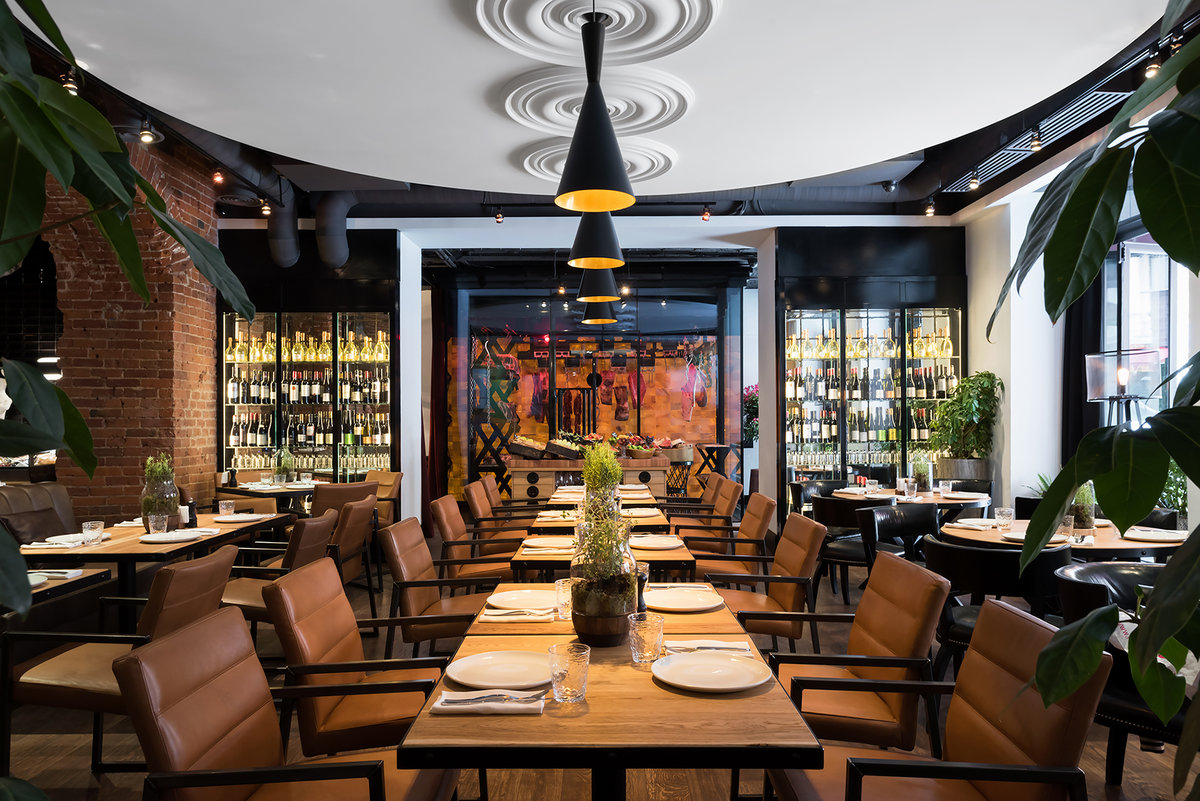 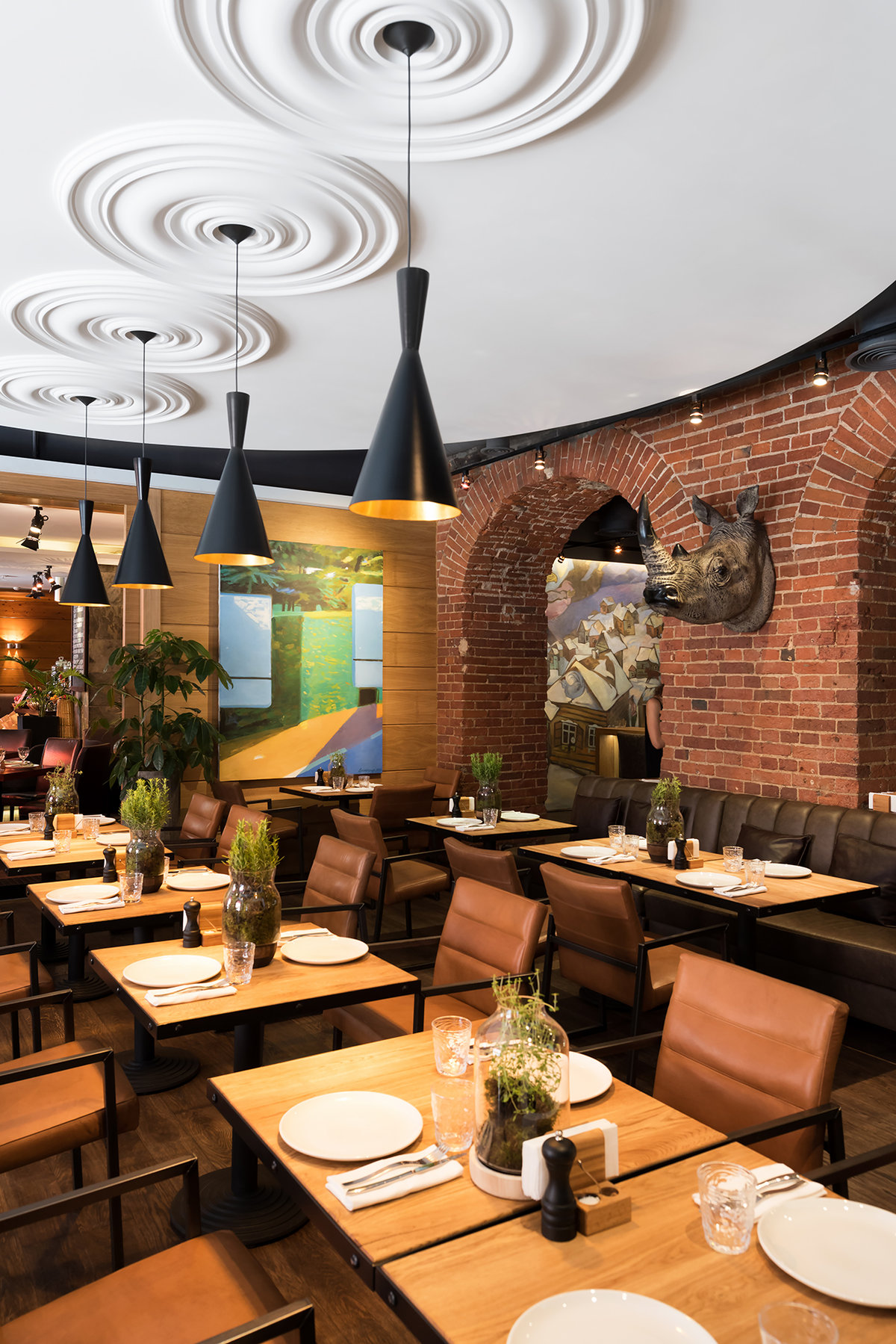 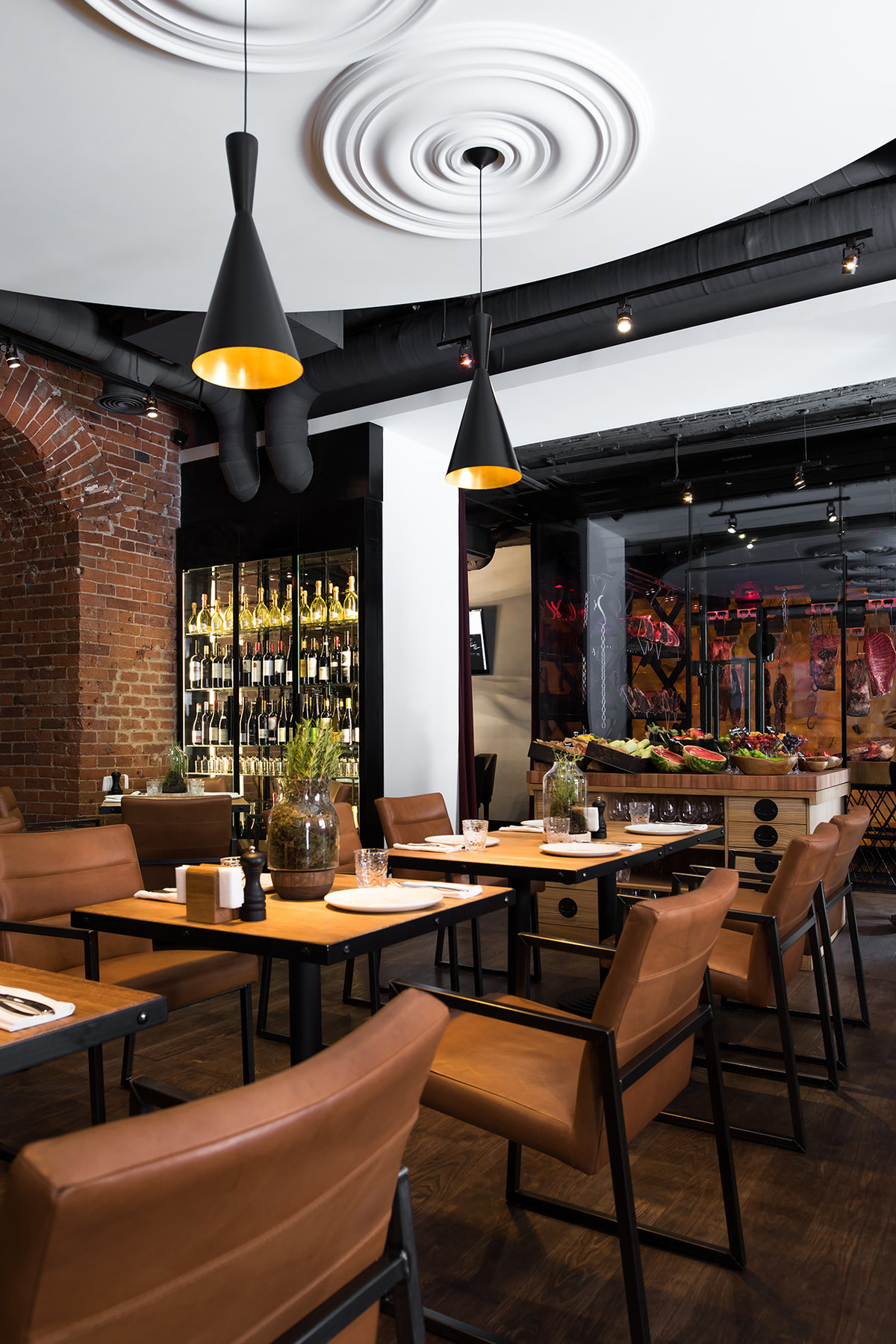 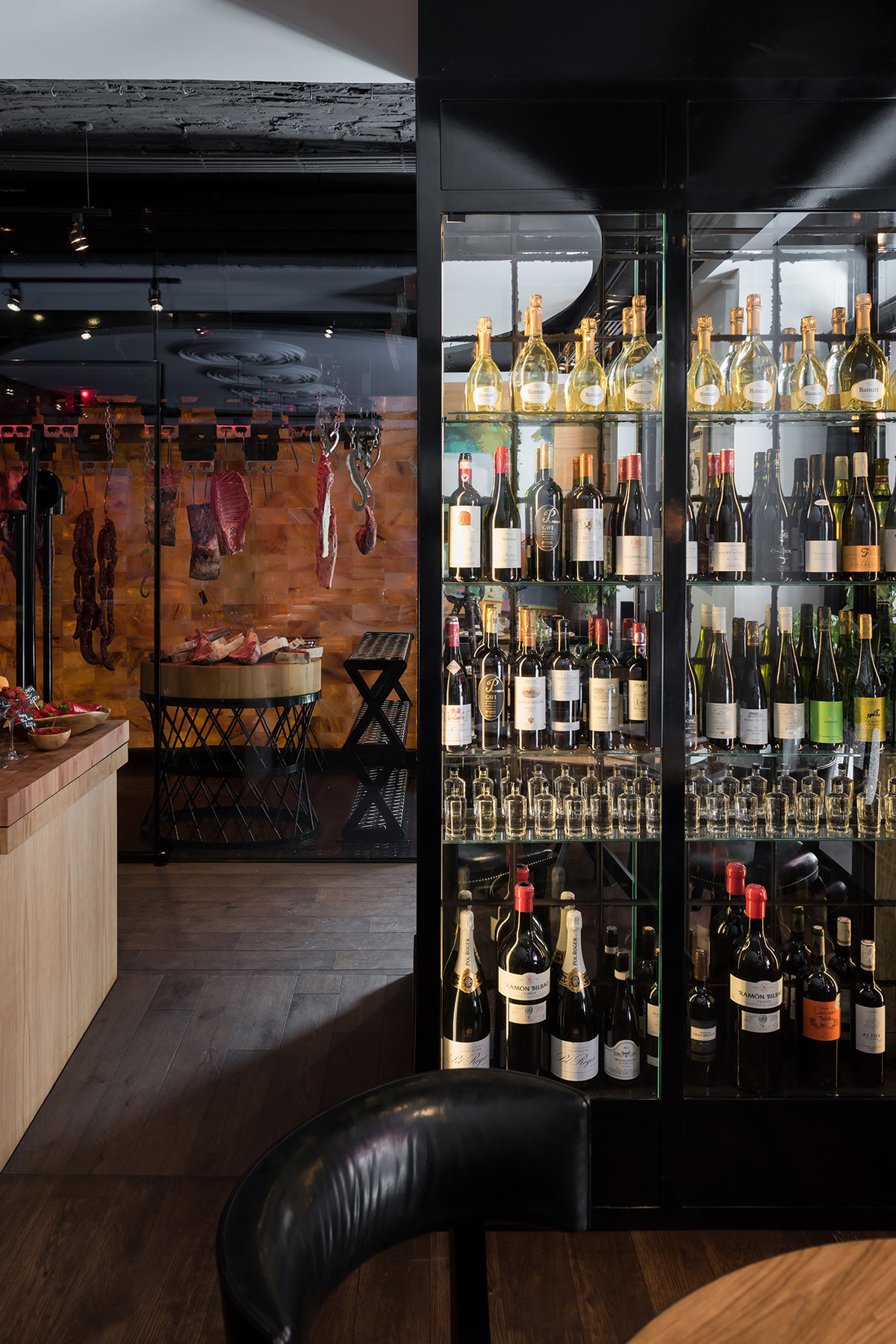 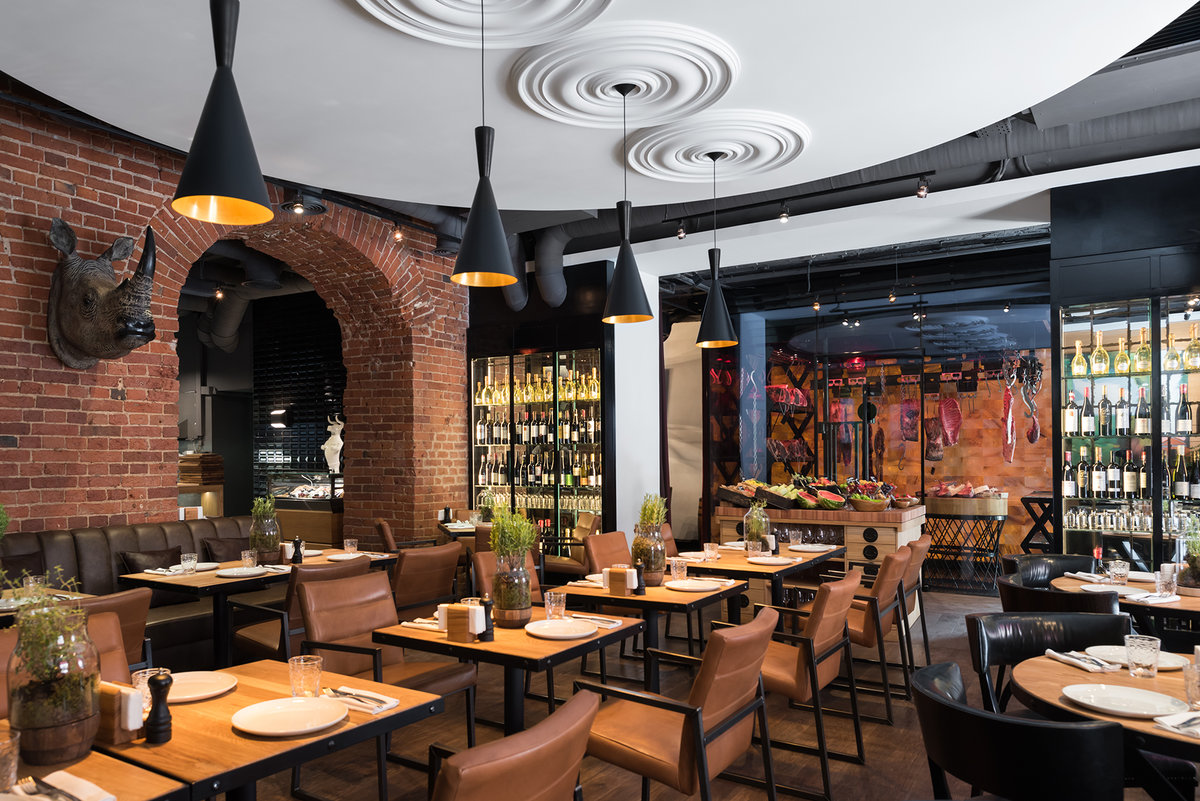 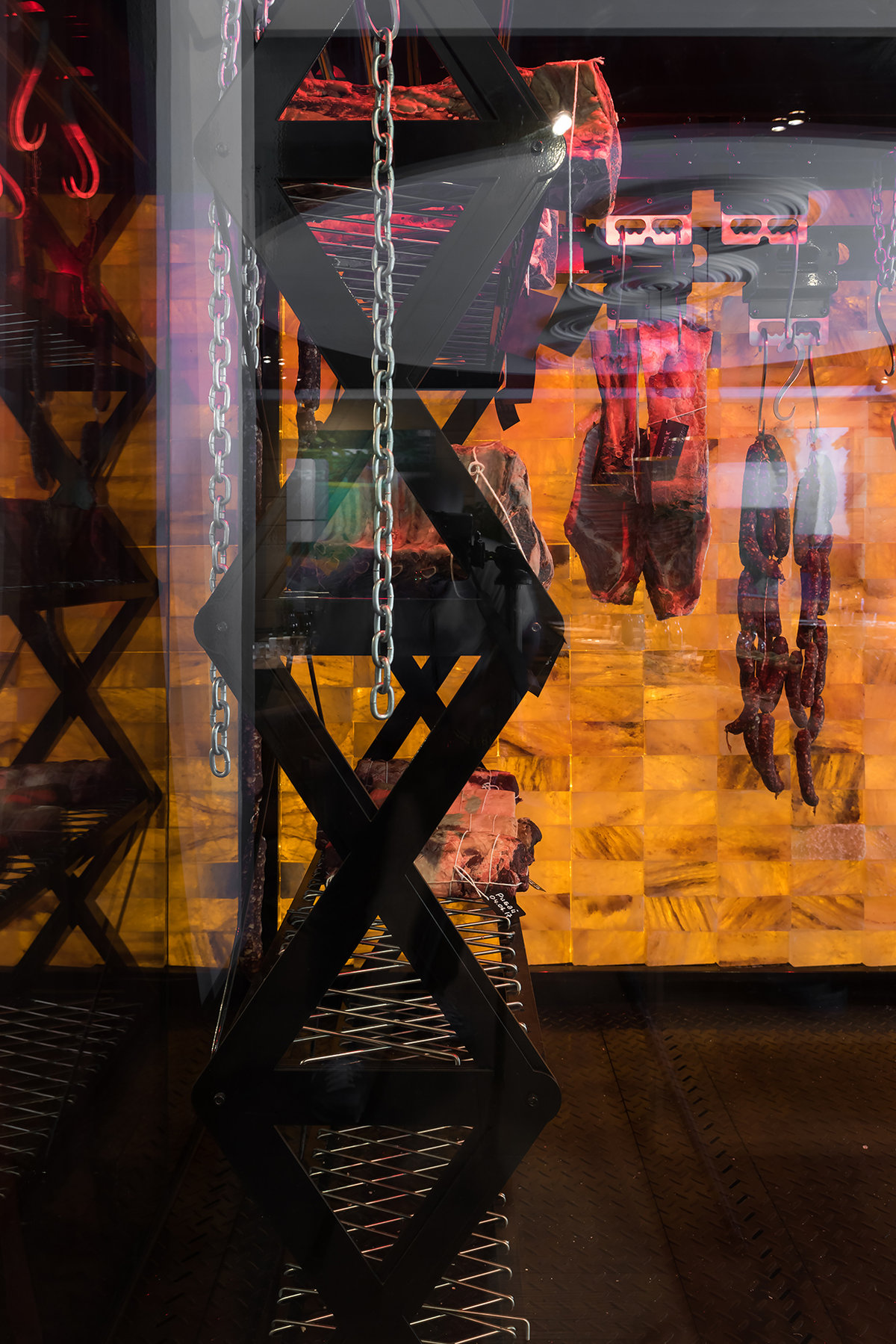 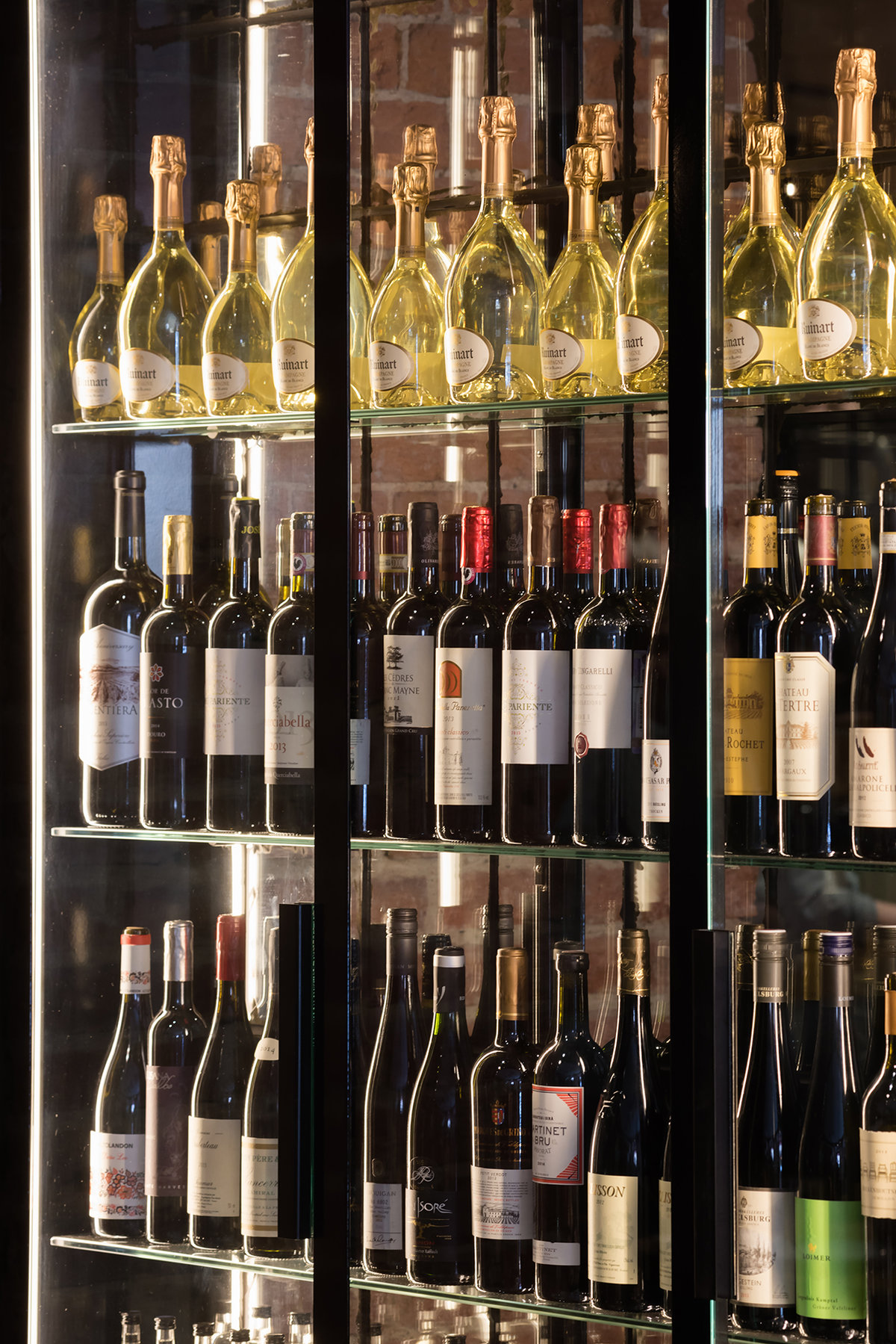 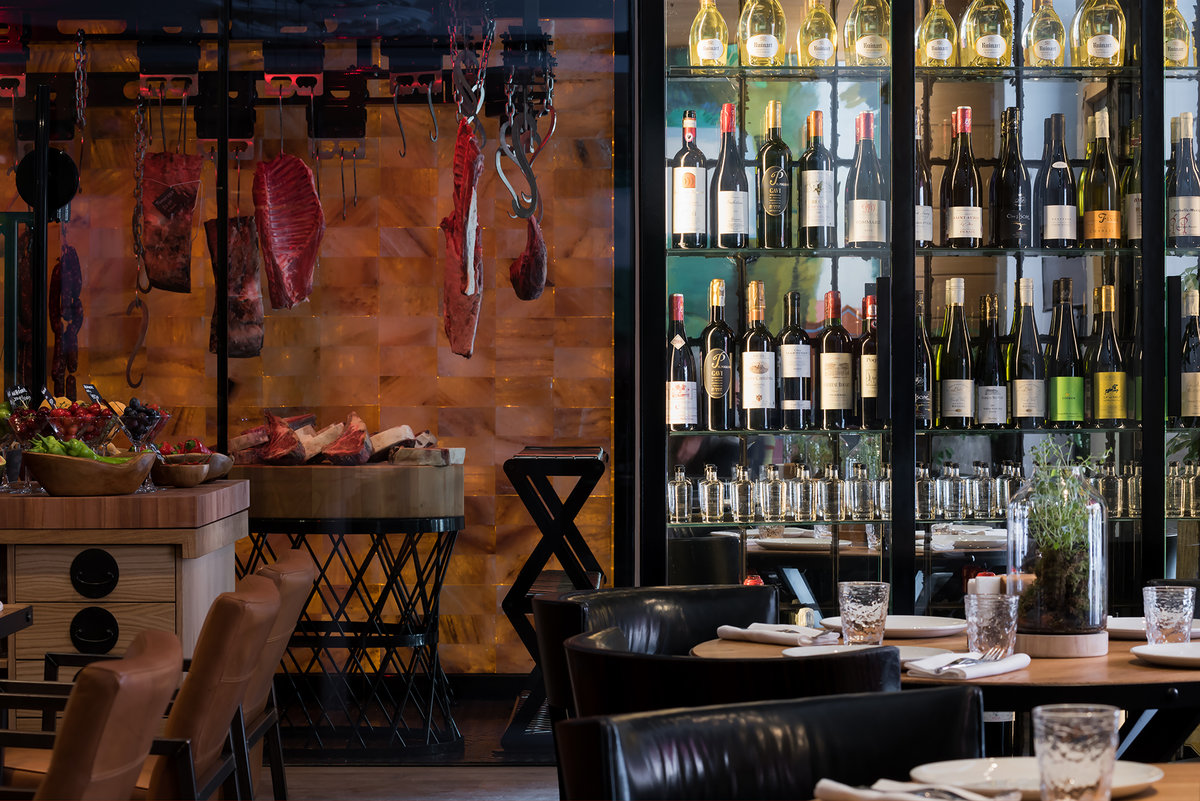 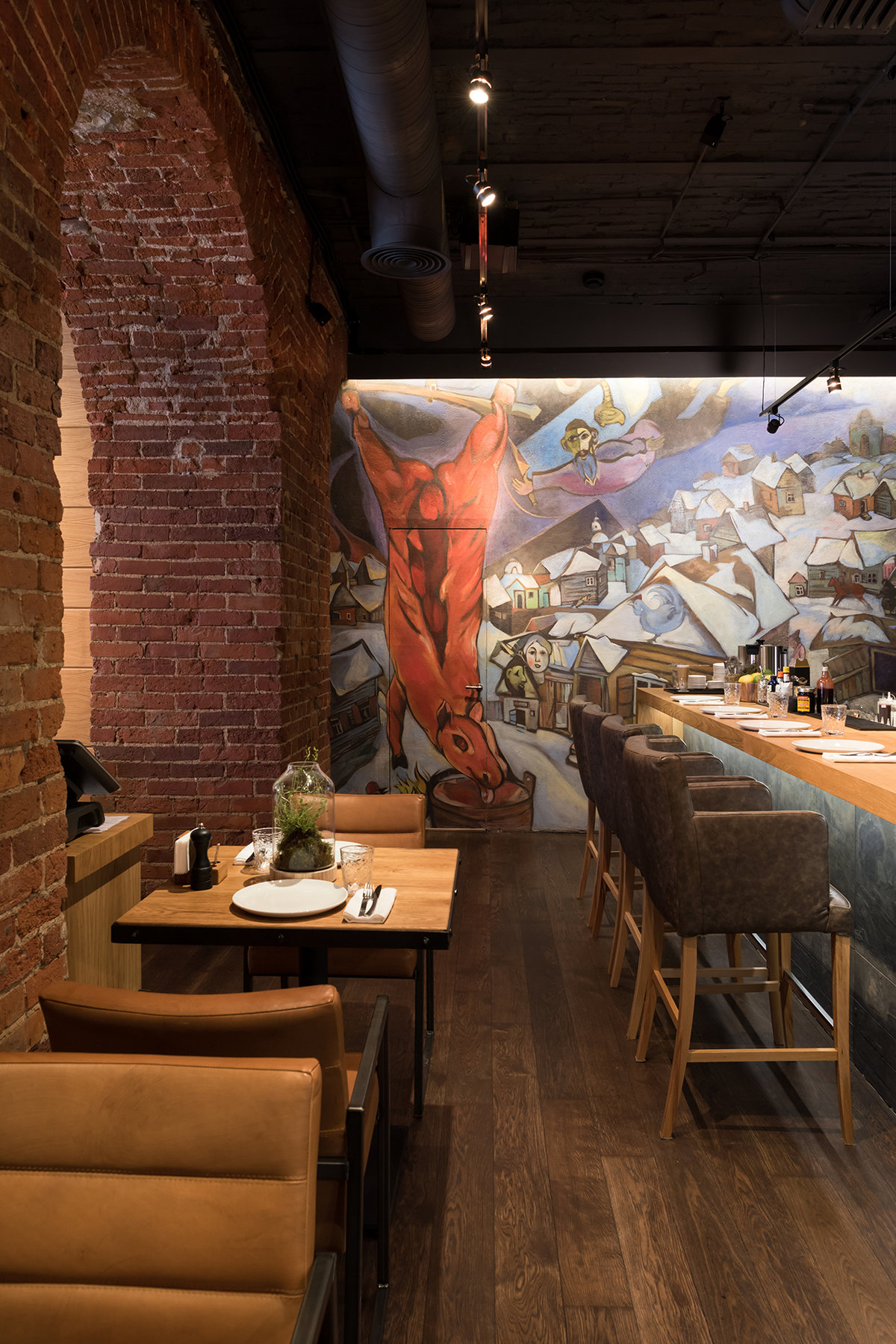 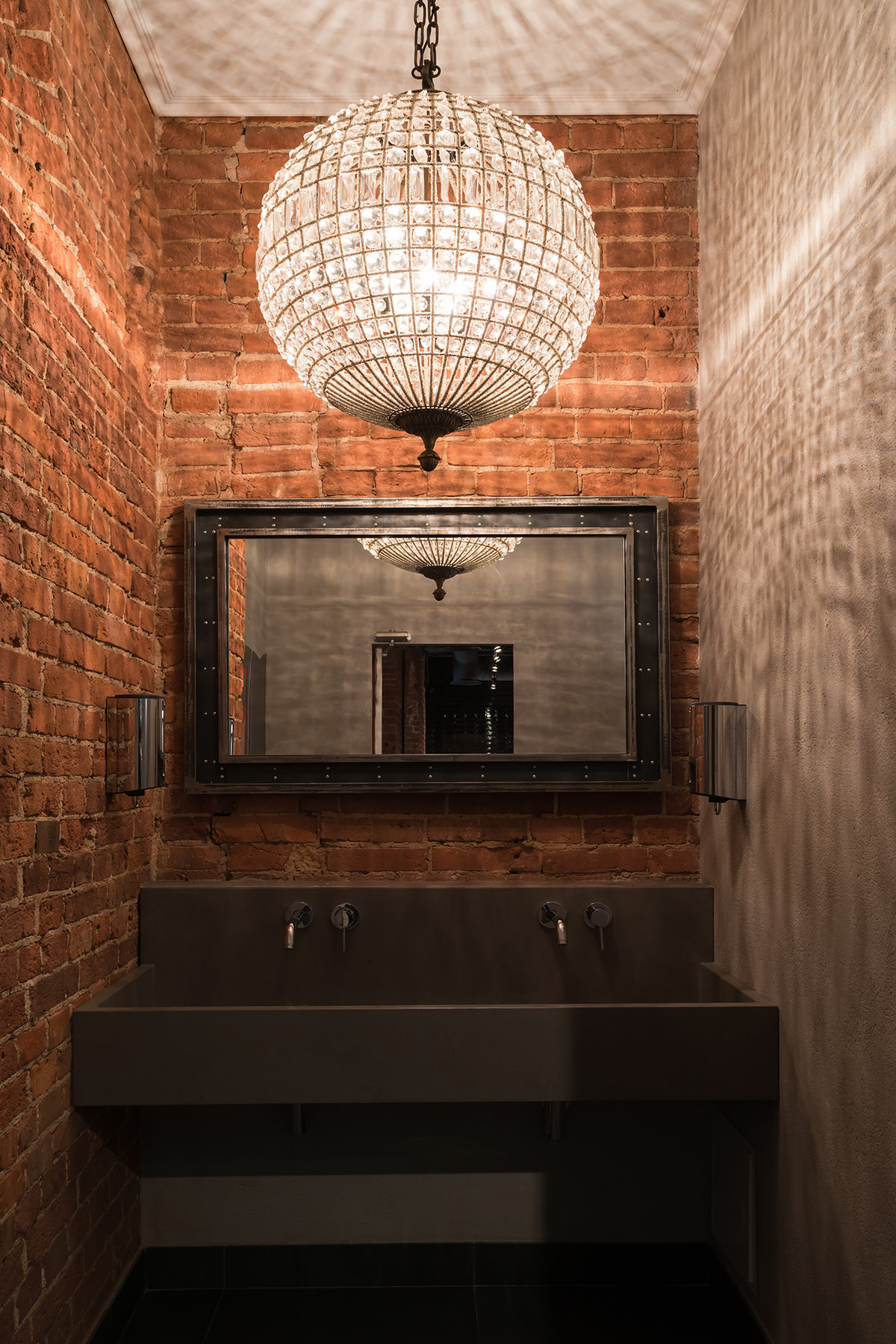 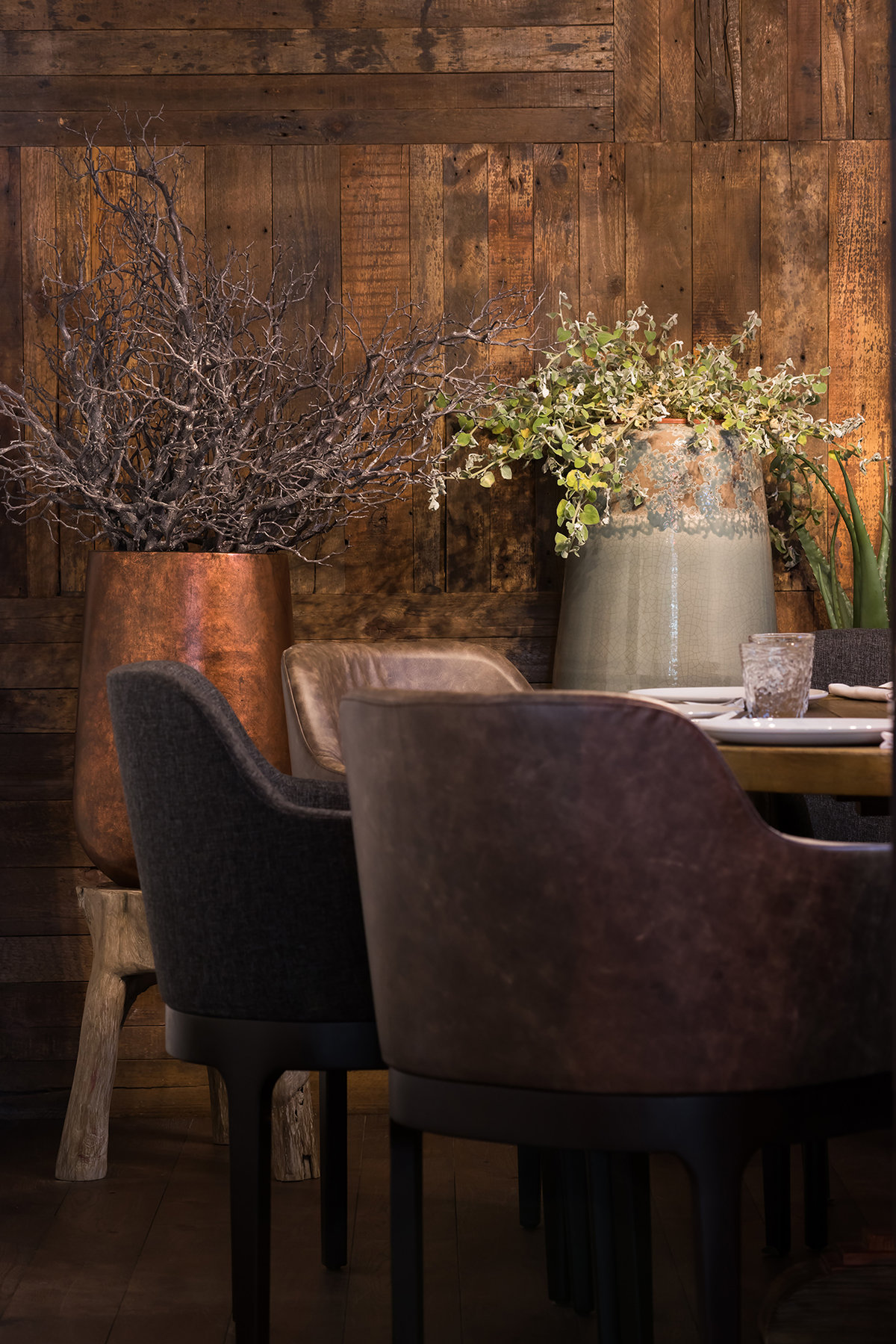 A very «architectural» project packed with details and textures. Preserved with care authentic historical brickwork with arches and Monier vaults adjoin such simple materials as hardwood, black glossy metal and white plaster. Simple and clean space is created by a sleek combination of old and new textures.

Simple brutal meat cuisine of the restaurant became the foundation for the interior concept: the main element of the space, noticeable from every part of it including the street, is the spacious room for meat maturing. This room is unique, designed by best engineers it was hand-built. The air temperature and humidity inside is perfectly compliant with technological requirements. The back wall is assembled from Himalayan sault. 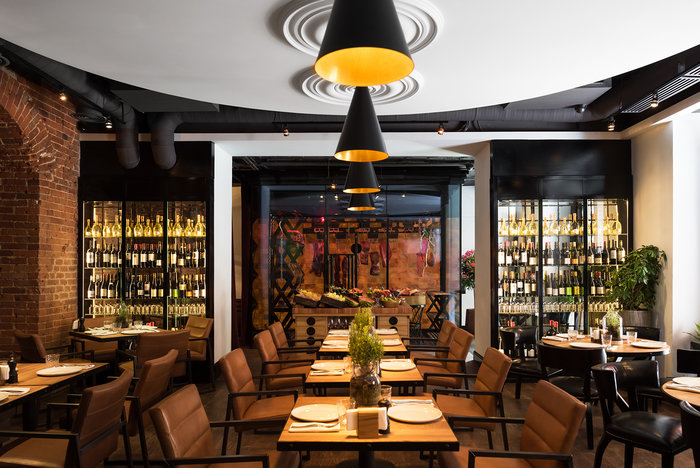 Compositionally regulated freedom. While creating the layout it was decided to turn to suprematism theory, migrating main theoretical principals from canvas to three-dimensional space. «…The simplest geometrical shapes like circle, square, rectangular, painted with local colors, became a reflection of a new world order, defined by Kazimir Malevich «suprematism». The space of suprematist world was deprived of traditional references: «top – down», «right – left»; all the elements linger in a free hover. With a belief in planetary importance of the new art, the artist considered his goal changing the world and society, education of new universal human, that would master the mysteries of the universe». The multi-level layout is developed based on «transformative pathos of avant-garde» and basic geometry shapes. A white circle is integrated inside the black square of the ceiling, and all the composition is «threaded» onto the main space axis that runs from the meat-maturing room towards the rectangular connection to «Barashka» restaurant. The tables arrangement in the center and black lamps also follow that same axis. By creation of a «free hover» an opposite result was reached – a structured space of integrity, precision and function.